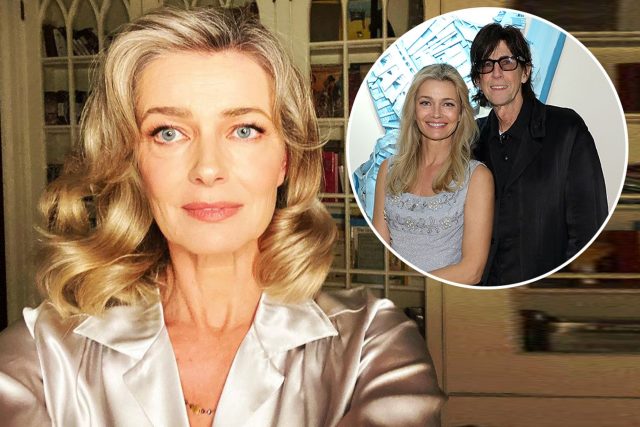 Paulina Porizkova has a medium bra size. All body measurements are summarized in the table below!

Paulina Porizkova is a model, actress and author who became the first female from Central Europe to be shown on the cover of the Sports Illustrated swimsuit issue at the age of 18. She also appeared on the cover or been featured in many international fashion magazines including Vogue, Elle, Harper’s Bazaar, Self, Cosmopolitan, Glamour among others. She has also appeared in campaigns for many important fashion houses such as Chanel, Versace, Hermes, Christian Dior, Oscar De La Renta, Mikimoto, Ellen Tracy, Barneys New York, Perry Ellis, Laura Biagiotti, Anne Klein, Ann Taylor, Guerlain, and Revlon. She was in the judging panel of America’s Next Top Model in Cycles 10–12. As an actress, Porizkova has acted in movies and in television shows, including As the World Turns, Desperate Housewives, Wedding Bell Blues, The Mysteries of Laura, Her Alibi, Nightcap, Arizona Dream, Female Perversions, and Thursday. Born on April 09, 1965 in Prostejov, Olomouc, Czech Republic, to Anna Porízková and Jirí Porízek, she has a younger brother named Jachym. She was married to Ric Ocasek, lead singer of the rock band The Cars from 1989 to 2019. She has two sons, Oliver and Jonathan.

In the following table, you will find all body measurements of Paulina Porizkova that are known today. Be it the height weight, shoe size, or something else.

I remember when I first started modeling, and I would read interviews with people. Then I would see them, and they would always say something entirely different to a crowd of people than they would say privately. I always found that really offensive.

I have now spent over a year trying to figure where in the workplace I belong.

When you have used your beauty to get around, it’s like having extra cash in your back pocket. I was so used to walking down the street and having the young guys passing by at least give me a flicker of a look. But once you’re over 40, you become invisible. You’re a brick in the building, and it’s sad.

I’m a trash can. I eat whatever makes me happy.