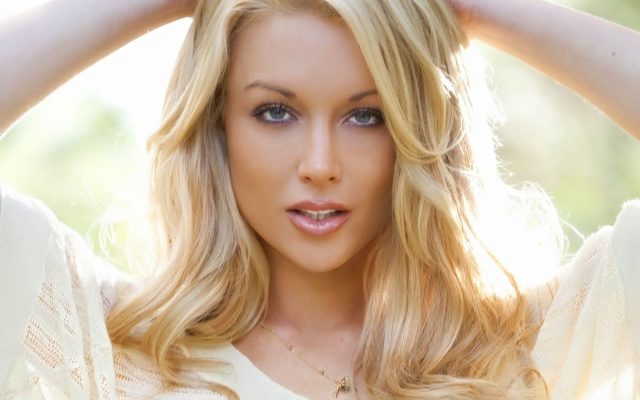 Kayden Kross has a large bra size. All body measurements are summarized in the table below!

Born Kimberly Nicole Rathkamp on September 15, 1985 in Sacramento, California, she is of Swedish descent. Kayden graduated from Ponderosa High School in Shingle Springs, California with the Class of 2003 and attended California State University at Sacramento as a psychology major. She started her career in the adult entertainment industry at the age of 18. She has appeared in over 205 adult films. She has made appearances in the FX’s comedy series The League, the G4 reality series The Block, and Family Jewels, and was cast as Tara in Gregory Hatanaka’s drama Blue Dream in 2011. She has been in a relationship with Manuel Ferrara since 2012. They have a daughter together.

In the following table, you will find all body measurements of Kayden Kross that are known today. Be it the height weight, shoe size, or something else.