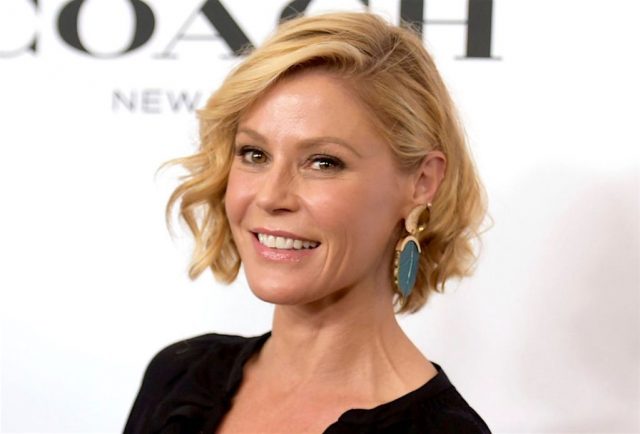 Julie Bowen was born March 3, 1970 in Baltimore, Maryland. She has mixed English, Irish, French, German, and Scottish ancestry. Her professional acting career started in early nineties. Her most popular appearances include TV shows Boston Legal, Modern Family, and Ed. For her role of Claire Dunphy, Bowen won two Emmy Awards. In 2011 and 2012. She’s married to Scott Phillips since 2004. They have three kids and Julie still maintains her low weight.

In the following table, you will find all body measurements of Julie Bowen that are known today. Be it the height weight, shoe size, or something else.

People are so easily impressed by running, but I run pretty frequently.

I guess I’m not that aware of such a big fan base. I have a few core people who write me no matter what I’m doing, but I hardly have sacks of mail being dropped on my door!

I haven’t really had that many opportunities to play ‘lead’ so I guess I jumped at the chance. I have also never done any ‘sci-fi’ projects and thought it might be fun.