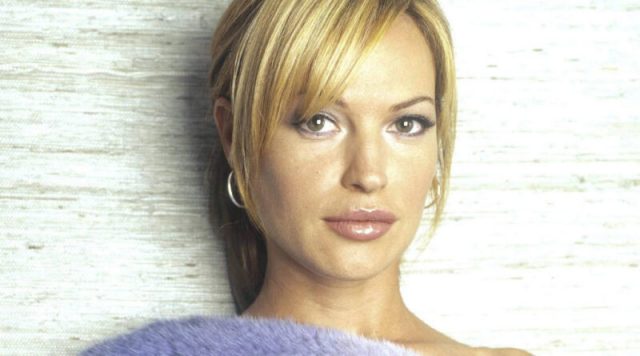 Jolene was born March 5, 1975 in San Diego, California. She left her home at age of seventeen to become a model. Blalock appeared on covers of several magazines, including FHM, Maxim and also Playboy (although she was dressed). Her roles include Ishta in Stargate SG-1 and Captain Lola Beck in Starship Troopers 3: Marauder.

In the following table, you will find all body measurements of Jolene Blalock that are known today. Be it the height weight, shoe size, or something else.

I firmly believe in what Stephen Hawking says – that if we don’t get off this planet, we’re going to go berserk. We have to have more space.

I like men who are very cool but who are also so brilliant that they are almost insane. Sean Penn, Gary Oldman, Bob Dylan, Tom Waits – men who would be flipping burgers if they hadn’t found an outlet for their brilliant mind-sets.

Surfing is such an amazing concept. You’re taking on Nature with a little stick and saying, ‘I’m gonna ride you!’ And a lot of times Nature says, ‘No you’re not!’ and crashes you to the bottom.

Spock was the sex symbol. A lot of people think it was Kirk. But, no, it was really Spock.

It’s diamonds in your pockets one week, macaroni and cheese the next.