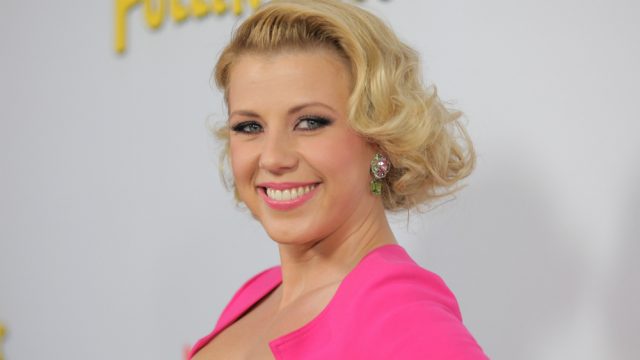 Jodie was born January 19, 1982 in Los Angeles, California. Her parents were encouraging her into show business since early age. When she was only four years old, Jodie appeared in the hot dog commercial. Her certainly most famous role is Stephanie Tanner in TV sitcom Full House. More recetly, Sweetin was starring in Can’t Get Arrested, Singled Out, and Defending Santa. Jodie also hosted 2nd season of the “Pants-Off Dance-Off” TV show. She was married three times and has two kids.

In the following table, you will find all body measurements of Jodie Sweetin that are known today. Be it the height weight, shoe size, or something else.

Growing up in the business you have to grow up very fast – you do have a different type of childhood, that has its benefits and it has its drawbacks.

High school is just horrible in general. So, I think it was a good time for me to have stopped acting. I got to be normal in high school.

There is a certain sense of loss when a series ends.

I’m really close with Dave Coulier and his wife Melissa. My family and I go over there for barbeques, for dinners, Super Bowl parties.