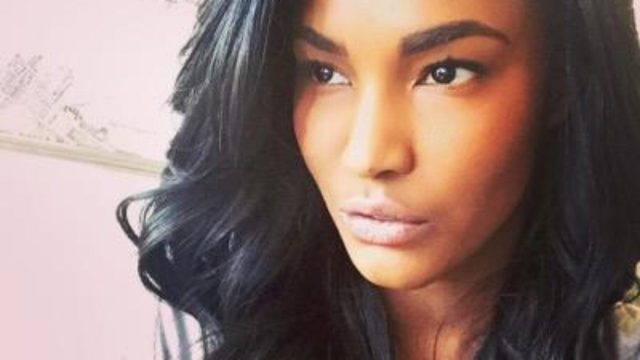 Sessilee Lopez has an average sized bra size. All body measurements are summarized in the table below!

Sessilee Lopez is an American fashion model who has appeared in numerous editorials for magazines like Vogue, V Magazine, W Magazine, Allure, i-D, Dazed & Confused, Marie Claire, Numéro, Elle and Harper’s Bazaar. She was one of the four women to grace the “All-Black” issue of American Vogue. She appeared in the 2008 and 2009 Victoria’s Secret Fashion Show. Lopez has also appeared in campaigns for many important fashion houses such as Hermés, Calvin Klein, Barneys New York, H&M, Benetton, Nordstrom, Lanvin, DKNY, Halston, Tommy Hilfiger, Gap, Uniqlo, Macy’s, Sak’s Fifth Avenue, Levi’s, and MAC Cosmetics. In 2015, she appeared in the film, Supermodel. Born on January 4, 1989 in Philadelphia, Pennsylvania, USA, she has two sisters, Kristian Lorén and Latoya Mendez. She began her career by singing to IMG Models in 2004. She made her runway debut at the Vivienne Tam and Daryl K Fall 2004 shows. In 2009, she began dating fellow model Wendell Lissimore.