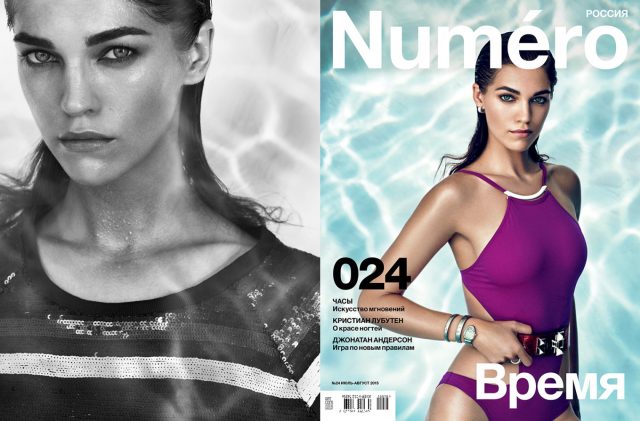 Samantha Gradoville has a pretty large bra size. All body measurements are summarized in the table below!

Samantha Gradoville is an American fashion model, best known for her appearances in the Sports Illustrated Swimsuit Issue. She is also known for her campaigns with designers such as Ralph Lauren, Calvin Klein, and Emorio Armani. Born Samantha Marie Gradoville on January 1, 1990 in Omaha, Nebraska, she has a sister named Morgan and a brother named Nate. Gradoville was discovered at the age of 13 when her mother put her in modeling classes. She made her debut with Haute Coture in the spring of 2009 where she walked the ramp for Basil Soda, Christophe Josse, and Zuhair Murad. She has appeared in both the French and Italian versions of Vogue Magazine, La Perla, Emporio Armani, and Calvin Klein Underwear, and has advertised for various brands including Gas Jeans, Vilshenko, and several others. She was in a relationship with Brazilian model Marlon Teixeira from December 2013 to September 2014.

In the following table, you will find all body measurements of Samantha Gradoville that are known today. Be it the height weight, shoe size, or something else.