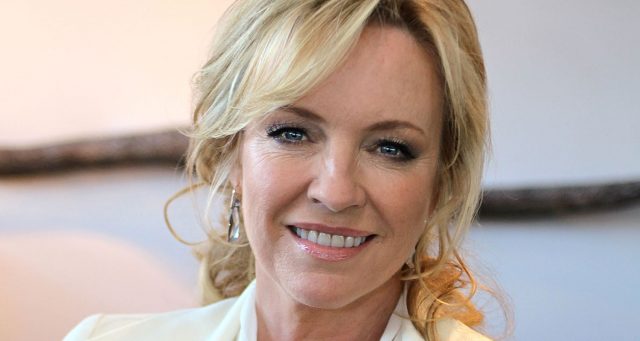 Rebecca Gibney has an average sized bra size. All body measurements are summarized in the table below!

Rebecca Gibney is a New Zealand actress, who appears in Australian television and films. She is best known for television roles as Emma Plimpton Patterson on The Flying Doctors, Jane Halifax on Halifax f.p., Julie Rafter on Packed to the Rafters and Eve Winter on Winter. For her work in Packed to the Rafters, she won the 2009 Gold Logie and the 2009 Most Popular Actress award. In 2016, she began starring in the series Wanted. Rebecca has also appeared in several films, including Clubland, In Her Skin, Mental and The Dressmaker. Born Rebecca Catherine Gibney on December 14, 1964 in Levin, New Zealand, to parents Shirley and Austin Gibney, Rebecca is the youngest of six children, with siblings Patrick, Michael, Stella, Teresa and Diana. Following her high school graduation, Rebecca moved to Australia at the age of 19. She worked as a model before she started her acting career. She has been married to Richard Bell since November 2001. Together they have one son, Zachary Edison Bell. She was previously married to Southern Sons singer Irwin Thomas.