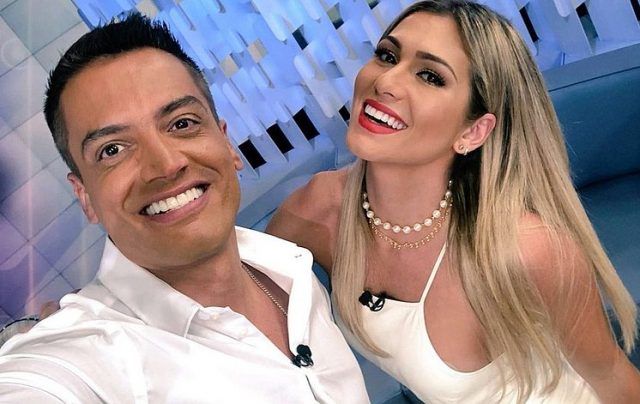 Livia Andrade has a bigger-than-average bra size. All body measurements are summarized in the table below!

Livia Andrade is a Brazilian model, actress, presenter and businesswoman. She is best known for her work as a host on a variety of SBT original programs including Teleton, Focalizing, and SBT Arena. As a model, she was appeared on the cover of Playboy in September 2001 and also the cover of Sexy in August 2003. As an actress, she has starred in a variety of successful telenovelas, including The square is ours, Sells a Bride Veil, Wounded Hearts, and Carousel. Born on June 20, 1983 in São Paulo, São Paulo, Brazil, her birth name is Lívia Regina Sorgia de Andrade. She started her career as a model at age 13. From 2004 to 2014 she was married to the businessman Fagnani Nilton Júnior. She remarried in 2015 but kept the name of her husband private from the public.

In the following table, you will find all body measurements of Livia Andrade that are known today. Be it the height weight, shoe size, or something else.