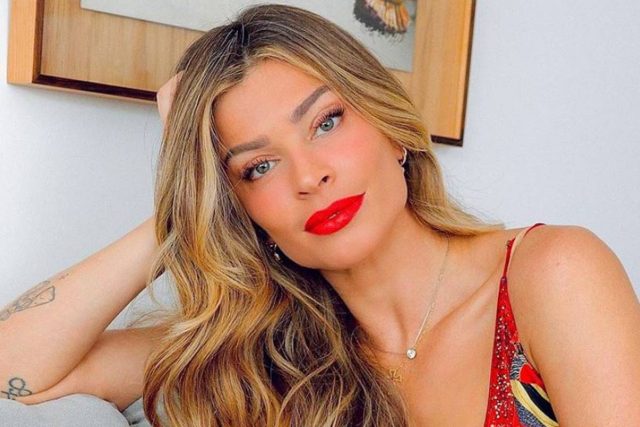 Grazi Massafera has an average sized bra size. All body measurements are summarized in the table below!

Grazi Massafera is a Brazilian actress, model and beauty pageant titleholder who was crowned Miss Paraná 2004. She represented her state (Paraná) at Miss Brasil contest 2004, where she finished third. In 2005, she participated in the fifth season of the Brazilian version of the reality show Big Brother, known as Big Brother Brasil (BBB). Grazi finished in second, with 40% of the votes. For her role in the telenovela Verdades Secretas, she was nominated for the International Emmy Award for Best Actress in 2016. She also appeared in the popular soap operas Geração Brasil and Aquele Beijo. Born Grazielli Soares Massafera on June 28, 1983 in Jacarezinho, Paraná, Brazil, to parents Cleuma Soares and Gilmar Massafera, she has three brothers, Alexandre, Alecsandro and Juninho. Grazi started modeling when she was young, and started acting classes at Globo acting department. She married actor Cauã Reymond in 2007, and they had a daughter named Sofia in 2012 before getting separated in 2013.