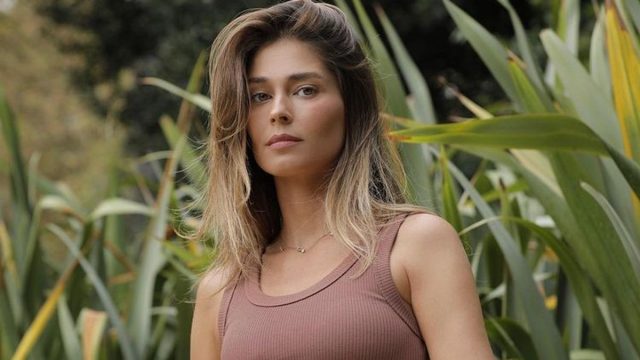 Coral Simanovich has an average sized bra size. All body measurements are summarized in the table below!

Coral Simanovich is an Israeli model, fashion designer and social media star who signed with Elite. She has appeared on numerous magazine covers and has her own eponymous fashion line CORAL SIMANOVICH. She has amassed more than 762k followers on her coralsimanovich Instagram account. Born on September 9, 1991 in New York, New York, USA, to Israeli businessman Ronny Simanovich, she has two sisters and a brother. Coral moved to Tel Aviv when at age 3. Her parents divorced when she was age five, and her dad married again when she was 14. Coral served two years in the Israeli army. She started modelling while still conscripted to the Israel Defence Forces. She studied fashion design at Shenkar College of Engineering and Design and graduated in 2016. In 2014, Coral started dating professional soccer player Sergi Roberto. They became engaged in early September, and got married in Tel Aviv on May 30, 2018.

In the following table, you will find all body measurements of Coral Simanovich that are known today. Be it the height weight, shoe size, or something else.