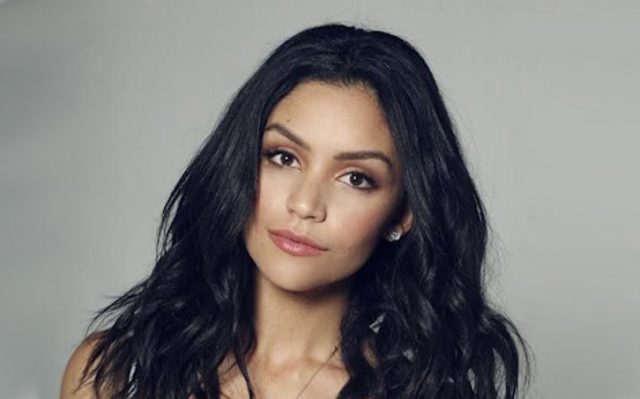 Bianca Santos has a medium bra size. All body measurements are summarized in the table below!

Bianca Santos is an American actress and producer. She is best known for her portrayal of Lexi Rivera in the Freeform drama series The Fosters, and for her role as Lucy Velez in the MTV comedy series Happyland. She had a recurring roles in Keeping It 100 and Legacies. Her notable film appearances include: Ouija, The DUFF, SPF-18, Priceless, Avenge the Crows, and Little Dead Rotting Hood. Born Bianca Alexa Santos on July 26, 1990 in Santa Monica, California, to parents Carmen and Carlos Santos, her mother is a Cuban from Havana, and her father is a Brazilian from Rio de Janeiro. She attended California Lutheran University, where she majored in psychology and minoring in sociology. In 2013, she briefly dated actor Jake T. Austin.

In the following table, you will find all body measurements of Bianca Santos that are known today. Be it the height weight, shoe size, or something else.