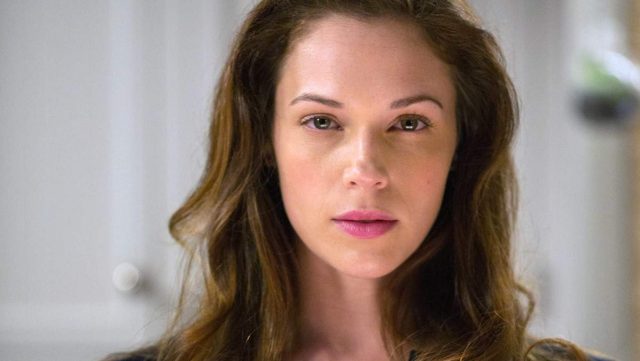 Amanda was born April 4, 1983 in St. George, Utah.She played several times on The O.C. as Hailey Nichol. Her other TV series role was Tessa Lewis in North Shore. In 2014, she’s still playing as Grace Van Pelt in The Mentalist. But she had much more controversial roles in the past. In 2002, at age of nineteen, young Righetti played in movie Angel Blade. This thriller includes lot of nude scenes and is for sure the best opportunity to check her measurements closely and without any misleading clothes.

In the following table, you will find all body measurements of Amanda Righetti that are known today. Be it the height weight, shoe size, or something else.

I did some pretty bad things as a teenager. When I was 13, I took my friend’s mom’s car out for a joyride, and I actually managed to hit somebody else’s car. No one was hurt, but needless to say, I didn’t get behind the wheel again until I had my driver’s license.

I’ve done a lot of shows that didn’t do well. You have to go in with a 50-50 take on it. If it goes well, fantastic. Hope for the best and plan for the worst.

No, the horror genre is not my first love. I don’t run to the theater to see horror films.

I never really had an itch for gambling. I work hard for my money, so I don’t like going out and giving it away like that.

Guys blow my looks up more than I ever would. I guess I have issues with myself. I don’t think I’m as pretty as everybody thinks.